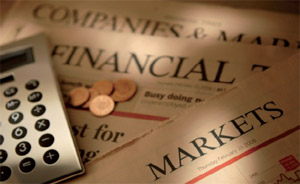 The Euroclear group are a user-owned and governed financial services company that specialise in the settlement of security transactions. Euroclear settles domestic and international security transactions, covering bonds, equities, derivatives and investment funds. Based in Brussels, the group has divisions all over the world with offices in France, Belgium, Ireland, Finland and Sweden. Euroclear also owns EMXco the UK’s leading provider of investment-fund order routing and is awaiting regulatory approval to acquire Xtraker, owner of the TRAX trade matching system.

The London office of Euroclear required a solution that would manage the several hundred keys that were in operation across multiple floors.

Within both sites of the London division there are hundreds of keys in operation that require managing. Euroclear had issues with not being able to track the usage of each key or being able to determine who had what key. With the old system it was not possible to complete a full key audit at the touch of a button. Misplaced keys also proved problematic to Euroclear as they were difficult to trace. Finally, the solution had to be delivered within a defined budget and timescale.

In order to meet the requirements of Euroclear, Morse Watchman recommended and introduced the KeyWatcher® Key Control System. The KeyWatcher® is a custom-tailored solution designed to record the access history of each key, including user, date and time of checkout and return.

The KeyWatcher® comes with its unique KeyPro® Performance Software. This user-friendly PC application delivers real time information concerning the whereabouts and history of any key for the KeyWatcher® system. Activity reports are easily produced that can trace a keys’ movements by date and time, authorisation code or biometric access data. Constructed in rugged metal the slimline system eliminates the need for outdated lock boxes, messy key identification tabs and unreliable key recording manuals.

The KeyWatcher® Key Control System, complete with fingerprint access control option is now used across both sites of the London office. Euroclear have 7 KeyWatcher® Key Control Systems with over a hundred user accounts and several hundred keys in operation. The KeyWatcher® Key Control Systems have been installed on several floors and are linked and managed by a central computer. Euroclear now has complete visibility into the whereabouts of any key and can track usage by authorised people at any given time. All key users have been given accounts and are restricted to only being able to access the keys required for their role. The several hundred keys in operation are now controlled 24 hours a day, 7 days a week. The KeyPro® Software is used regularly by the Euroclear to produce reports concerning usability and any security alerts.

The new KeyWatcher® Key Control System greatly reduces the risk of unauthorised removal as the KeyPro® Software will notify the relevant manager immediately of any potential security alerts. Finally, as the KeyPro® Software produces detailed reports on the KeyWatcher® system, a full audit trail is avaliable at the touch of a button saving valuable time and resources.

In addition, PowerCheck is a tool that officers can use to do their jobs more efficiently and effectively, while helping to visibly reassure hospital staff, patients and visitors that the premises are secure. Stations are set up around the facility, and as the officer walks by with the handheld device, the system reads and records the time. The device can be programmed to prompt either sequential or random tours for the officers, so their movements can’t be predicted, and the officer can enter a standardized code at any station to report incidents instantly.