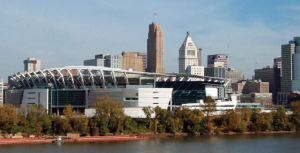 Prior to implementing the automated key control system, the stadium controlled its keys manually using a log book and honor system. It was not unusual for staff to take keys home at the end of the day or for keys to be assigned to visiting contractors. In addition to the vulnerability created by the manual system, it also resulted in tedious and unproductive work for the security department staff.

“We were spending a lot of time documenting keys to rest rooms or telecommunications closets,” said Aaron K. Jones, Security Manager, Paul Brown Stadium. “Stadium management recognized that the practice of taking master keys off the premises was not wise and had to stop.” 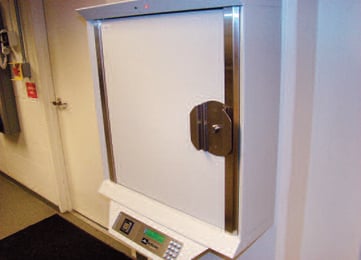 A visit to a nearby hotel that was using the Morse Watchmans key control system convinced Mr. Brown that by implementing the same automated key control solution at the stadium, they would solve security concerns and enable new efficiencies within the security department. He says, “I was impressed in watching the hotel employees use the system with how easy it is to set up and how flexible it is.”

The stadium installed a single Morse Watchmans KeyWatcher cabinet with a capacity of 96 keys in the main security office. Keys stored in the cabinet are master keys as well as several levels of sub-masters used for specific areas or types of doors. Access to a key in the system is granted based on a biometric scan of an employee’s thumb, combined with a four-digit access code. Authorized users include staff from engineering, maintenance and grounds crew as well as a variety of outside contractors. The versatility of the system enables usage to be set up on a one-time basis or for repeated use. “I can determine what keys a contractor might need and set them up in advance, or we can do it on their arrival,” said Mr. Jones.

Specialized KeyPro® III software from Morse Watchmans is used to manage the system and is connected to the stadium’s main server on the expectation that, in the future, access from another on-site location or from multiple workstations will be required. At the start of every day, Mr. Brown views transaction reports generated by the software that include information as to who has accessed the key cabinet, what keys were used and when they were returned. At any time he can view live key reports that show which keys are currently in and out of the cabinet. 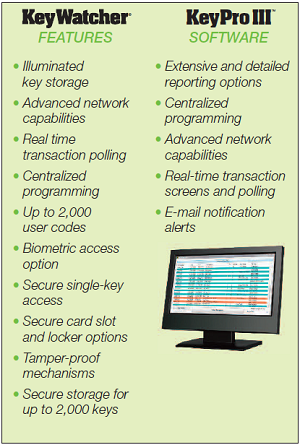 “The reports indicate the staff is taking responsibility for managing the keys, with improved operational efficiency in the department,” adds Mr. Brown. “Creating this responsibility, and eliminating possible human error related to logging keys in and out by hand, have been the foundation of a successful game plan for the stadium.”